The Minx, The Soup Kitchen, Manchester
I’ve been out sketching regularly with two different groups and I’ve noticed that not a lot of figure drawing goes on. Probably because the human form is the most difficult of subject matter and can ruin a precious sketchbook if we fail (I just stick some paper on top).
But- and this is especially for the urban sketchers among us- our towns and cities wouldn’t exist without ‘people to people them’.
To redress any imbalance in my own work, I’ve worn sackcloth and ashes and beat myself with a bunch of nettles, by choosing to sketch at music gigs.
The first’s at the Brudenell Social Club in Leeds on a Thursday After a wait in the bar, noting down the colourful local language in my book…. 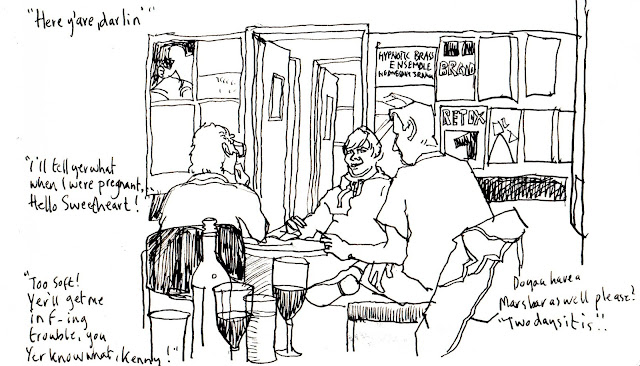 I‘m well served in the venue itself by having a view from a raised area, with chair and a shelf in front of me for materials. I’ve forgotten my small water jar, but the dregs of my beer make a good substitute. 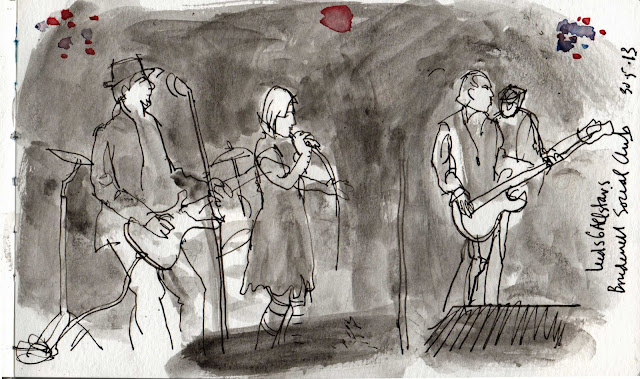 Leeds 6 All-Stars
When the lights go down I can see very little of my sketchbook, but realise it’s a ready-made excuse for any failure. And this freedom produces a lively set of drawings which I mightn’t have otherwise achieved. 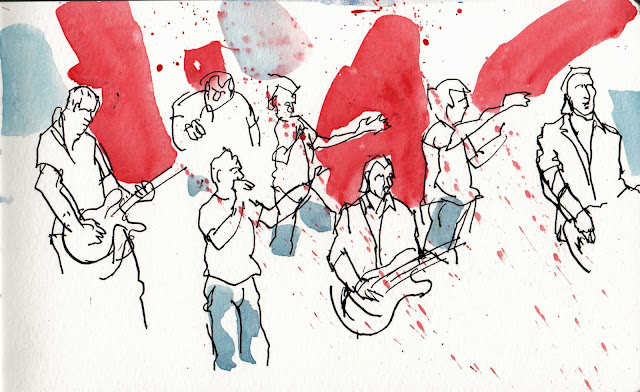 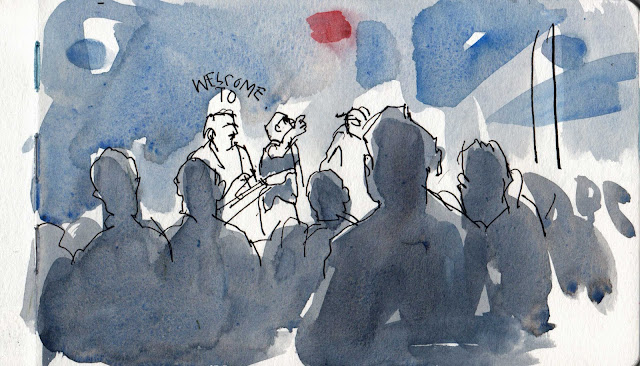 The Three Johns
..Saturday and we’re on to the next gig- at The Soup Kitchen in Manchester. The venue’s in a dank, dark basement hung with wires and pipes. There’s just one table and two chairs in the place and when the bands come on, I’m too small to see anything, even stood up so I stand on a chair with my back to the wall to draw in fountain pen, adding wash and colour at the table after.
Next time I’ll ask for a seat at the side of the stage. 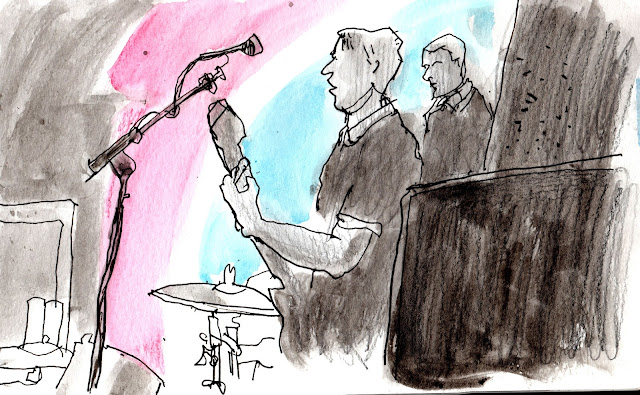 The Gull Wings
Thursday again, and we’re at the Miners Community Arts and Music Centre, Moston, Manchester, where there’s a benefit gig to help pay for heating to be installed. I meet the affable Stuart Maconie who’s there with other folk from Salford’s Media City. 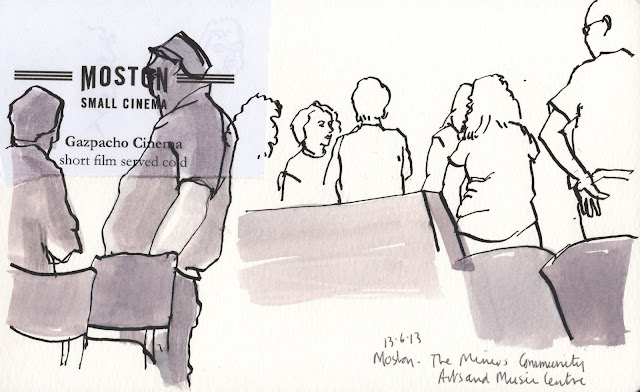 By the dance floor. Moston
It’s a bit dark for it, but with a seat in the second row and an easy view I draw singer-songwriter Jesca Hoop. What a nice lady, she wants to pose with my picture afterwards!
And what have I learned? To be less precious, to go with the flow of circumstances, to respond individually different subject matter, to stand (and sketch) in the gloom , on a chair, after a couple of beers. 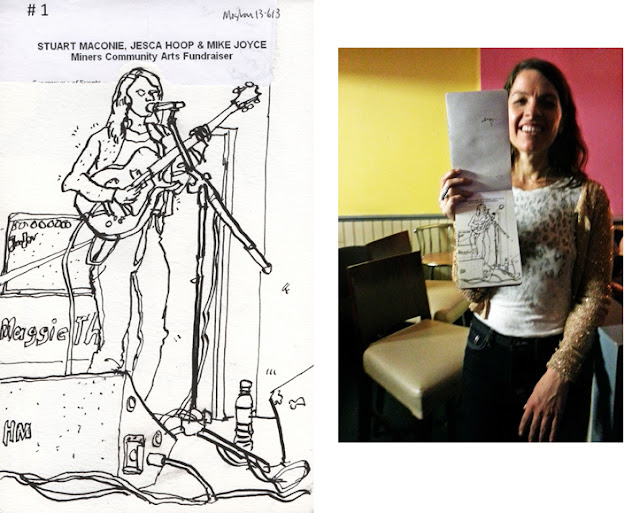